Chōbunsai Eishi was a Japanese painter and ukiyo-e artist. Often he is called a rival to Utamaro. But in contrast to Utamaro, Hosoda Eishi’s life was easier. He was born into a high-ranking samurai family, and with the rigid Japanese class system he never had to worry how to earn his livelihood with his art

Hosoda Eishi was born in 1756 into a high ranking samurai family. During the Edo period Japan had a rigid class system introduced by Toyotomi Hideyoshi (1537-1598). Until the Hideyoshi ‘reforms’, the samurai warriors cultivated their own land. Only during war times, the samurai left their land to serve their lord as a warrior.

Hideyoshi changed this by creating the samurai class. From then on the samurai had to live in castles, permanently ready to fight in battles. To assure the samurai’s livelihood, the class of farmers were obliged to annual rice contributions. The rice contribution that a samurai received depended on his rank. 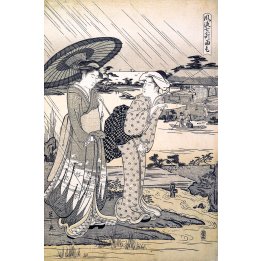 Praying For Rain, a print by Chōbunsai Eishi 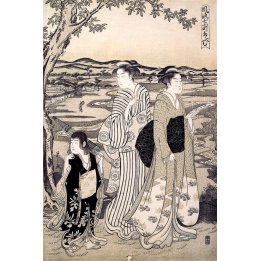 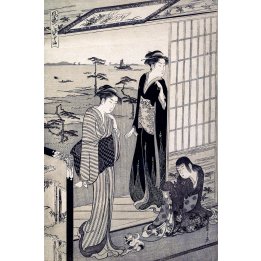 Genji in Exile at Suma, a reproduction "Ukiyo-e" print by Chōbunsai Eishi 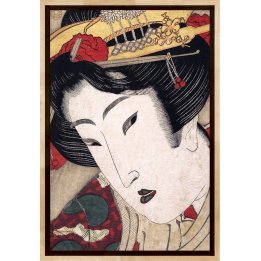 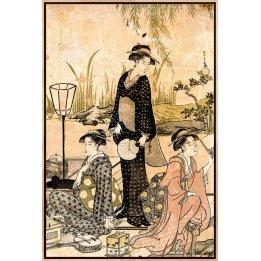 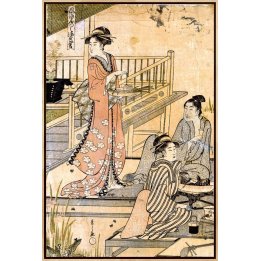