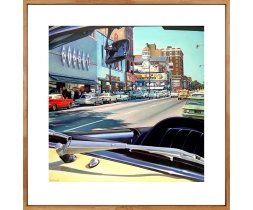 Steve Rosendale is an acclaimed Melbourne Artist. He has recently released a fabulous range of Limited Edition prints that cover diverse aspects of his body of work.

”At the core of Rosendale’s work is the exploration of the past, and the ability to re-tell those images in a contemporary and cinematic language. These vignettes are at once familiar and obscure, reaching into realms of the viewer’s collective memory. A crystalline assertion of outstanding draftsmanship and the bravura technique of masterful painting, are trademarks of Rosendale’s oeuvre. Episodic images are then transformed into something much more than the original images could ever create. They are imbued with mystery. There is alchemy at work here… Rosendale draws upon a tradition that’s all around us. Like Cartier- Bresson, and Hopper, he captures the everyday. As an archivist, he tirelessly trawls the collective subconscious, and discarded fragments of memory. Equipped with his eye for the compositional, he juxtaposes iconography into something intransigent and thrilling. His is the master of cinematic subterfuge. By re-telling a good story, and enhancing it with the indefinable sense of “what if?”, you feel that you are privy to something private, intimate and special. It’s an almost secretive embrace, in which, the spirit of the past with the present, tempts us with an unanswered question.” David McCubbin 2018 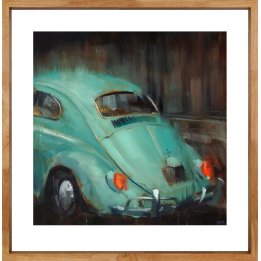 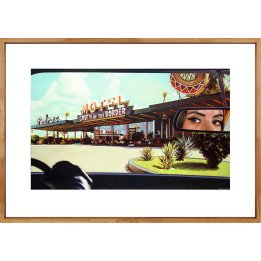 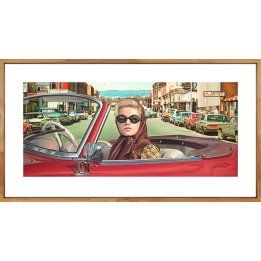 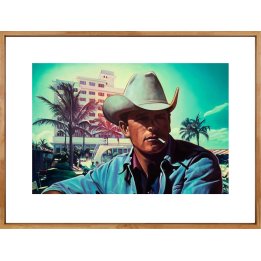 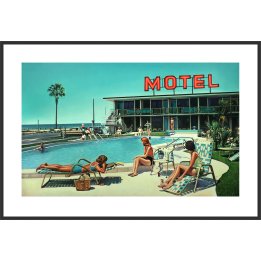 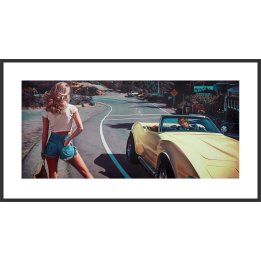 "The Hitchhiker" a Framed Limited Edition Print by Steve Rosendale 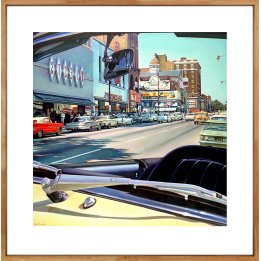